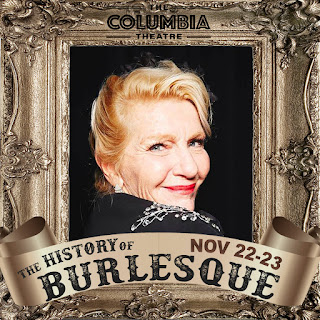 Judith Stein got her start as a go-go dancer in Eugene Oregon, and quickly developed her own unique combination of elegant and comedic striptease that took her to the far corners of the world to perform.
Recognized by both the Burlesque Hall of Fame in Las Vegas, and the Canadian Burlesque Hall of Fame, Judith is Canada’s official Burlesque Legend and calls Nelson, BC home. Her dynamic performances and cheeky wit have made her a beloved feature attraction at burlesque festivals and shows all over North America, Finland, and New Zealand.

A Vancouver burlesque all star, April O’Peel has been awarded “Most Comedic” overall for her performance at the Burlesque Hall of Fame in Las Vegas NV. Listed as one of the top ten Canadian burlesque performers, April conceptualized and produces the yearly burlesque showcases Burlesque Long Form and Burlesque Duos. April O’Peel is one of the founders of the ongoing revue, Gastown Cabaret where she performs monthly. April is a key member of The Screaming Chicken Theatrical Society having taught burlesque classes, performed, and held office with the board of directors for almost a decade. April is also a feature performer with Canada’s Most Popular Burlesque show, Kitty Nights West. April holds awards for “Comedic and Satirical Brilliance” from the Vancouver International Burlesque Festival where she has performed consecutively since 2008. Choreography credits include SHINE: a burlesque musical and Greece Does Grease. Other notable appearances include the Vancouver Fringe Festival, The Accordion Noir Festival, Whistler Pride and Yuk Yuks Vancouver. 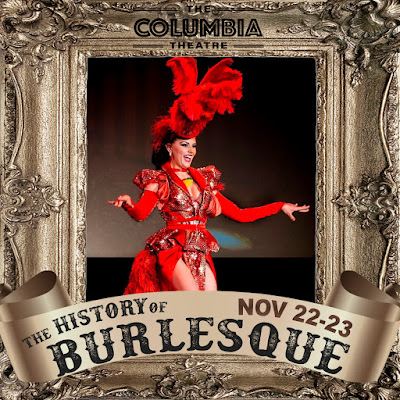 Ariel Helvetica has shimmied and twirled her way around the globe, having performed at some of the top burlesque shows in Europe, Canada and the U.S.A since her 2011 debut. A born and raised dancer, Ariel spent 5 years abroad, wowing audiences in France as a professional Can-Can/Showgirl, and then criss-crossing the globe and criss-crossing her long legs as a professional high-kicker on cruise ships, visiting 45 countries along the way. With many notable performances under her G-String, her 2018 performance highlight was strip-teasing for her peers and fans at The Burlesque Hall of Fame in the Best Debut category. While touring, Ariel has had the pleasure of teaching hundreds of students and brings her expertise back to her home studio, the Vancouver Burlesque Centre where she is the Assistant Director. Ms.Helvetica is a member of Sweet Soul Burlesque, Western Canada’s longest-running professional neo-burlesque troupe and in 2018 Ariel was voted #25 in 21st Century Burlesque Magazines “most influential performers” and #3 in Canada. 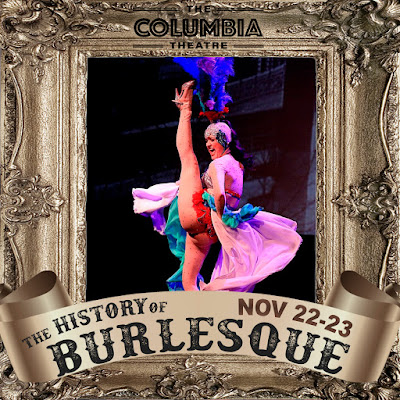 Chastity "The Tornado" Twist - Sizzling Showgirl and Dorky Drag King - She’s all for exquisite raunch, grace and comedy that ranges from sly to OMG. Chastity teaches the noble art of chair dance and floor-humping at the Vancouver Burlesque Company and is the Secretary of the Board of Directors for the Vancouver International Burlesque Festival Association. She has spread her queer magic far and wide, reaching burlesque festivals in Vancouver, Calgary, Edmonton, Las Vegas and New York. Proud feminist, Chastity spends a good deal of time punishing the patriarchy, saying "heck no" to the whore-archy, and picking rhinestones out of the washing machine. 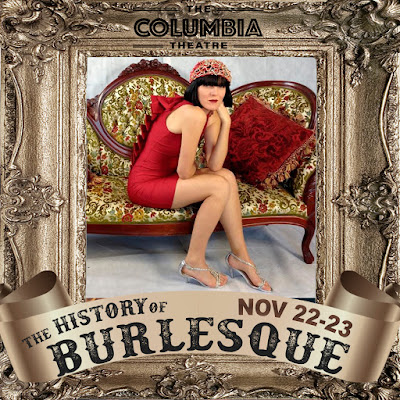 With Clare Voyeur’s lifelong love for art, costume design, dance and comedy, it’s no surprise that she’s so passionate about burlesque. With a variety of acts ranging from abstract to pop culture themed in her repertoire, her main ambition is to make the audience feel something. She’s the creator of Seinfeld Burlesque, starring as Drag Jerry Seinfeld herself. She's performed at burlesque festivals in Canada and the US including the Burlesque Hall of Fame with Screaming Chicken Theatrical Society in 2017 and 2018. She's a costume designer to performers in the city and also has an underwear brand, Rise Lingerie. 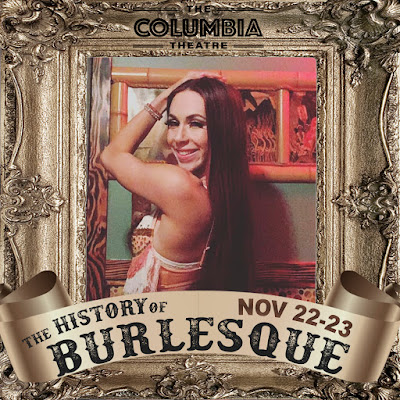 Cleo Victory (Cleo Halls) is a dancer and burlesque artist based in Vancouver, BC, whose sparkly firecracker personality and sultry smooth moves have been seen on stages all over BC and Alberta. A passionate movement storyteller, she loves creating work that pushes boundaries and combines artistic disciplines. Her signature style blends contemporary dance technique, sensuality and just a touch of silliness. She is also a feisty go-go girl, the creative director of Paper Heart Productions, and a full time dance educator with students of all ages. 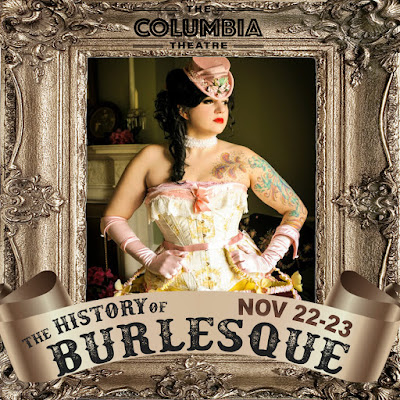 Crystal Precious is a Canadian rapper, singer, actor, writer & host. She is known for her work with the Sweet Soul Burlesque troupe, in which she performed her original "strip-hop" songs with a touch of burlesque striptease. In 2015 East Van Digital released her firat 5-track record The Striphop EP with Self Evident following the success of her YouTube video "Apple Pie - No Pie For You", which features apron-clad Sweet Soul dancers destroying pies in slow-motion.

Crystal was a co-founder of the Vancouver Burlesque Festival (VIBFA) and served as Festival Director for its first six years. She also co-owned and managed the infamous West Coast underground cabaret, Dollhouse Studios, from 2006 to 2010. The spot was credited with serving as a community hub for different corners of both the West Coast burlesque and bass culture movements. Since then Crystal has worked closely with the Bass Coast Music Festival as a consultant and performer.

Crystal produced a 6 year run at the award-winning Keefer Bar* in Vancouver's historic Chinatown, where she hosted the weekly Sweet Sip Thursdays - Sweet Soul Burlesque at the Keefer until 2016. After the end of Sweet Soul's 16-year run, she is thrilled to be partnering with this beautiful theatre to bring her passion project to life and pay homage to all the good-time girls of the past. 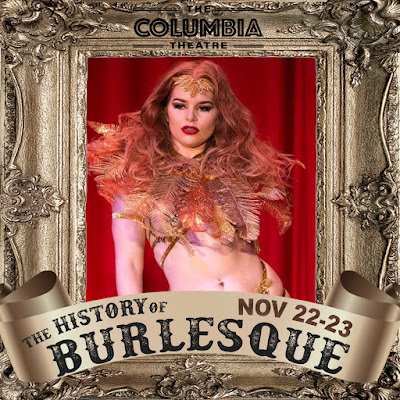 Pussycat, pussycat. Ginger shimmied to the Vancouver stage via Adelaide, Australia. Upon moving to the West Coast, she was enchanted by the power and persuasion of the burlesque community. Ginger — a lifelong student of dance and theatre, and an enthusiastic gyrator —  immersed herself in the performance community. These days, Ginger bewitches show-goers with her luxuriant burlesque, stunning audiences across Canada and the US as the seventh member of The Lost Girls burlesque group. With aesthetic nods to vixens past, Ginger’s mercurial performance style brims with irreverence. A true Leo, Ginger’s kiss is as sure as her bite. 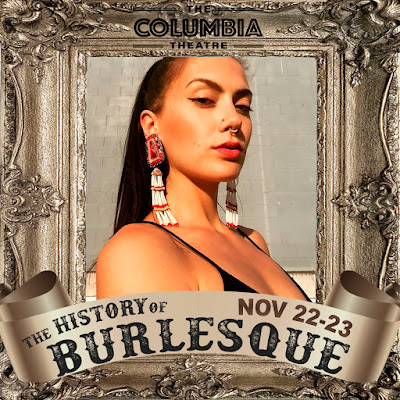 A true showpony at heart, Lynx Chase has always been passionate about movement and performance arts. Over the years she has trained in a variety of disciplines ranging from Aerial Hoop, Silks, Contortion, Partner Acrobatics, Bellydance & Capoeira;  however it wasn't until she discovered Pole Dancing in 2012 that she found her true vocation. Lynx been professionally teaching in Vancouver since 2015 and has also showcased her gravity defying acts at various events and festivals across the province such as Retro Strip Show, Bass Coast and Shambhala Music Festival. It is her hope to continue to share her craft with the world by demonstrating the strength, sensuality, artistry and grace that goes hand in hand with the art of pole and exotic dance. 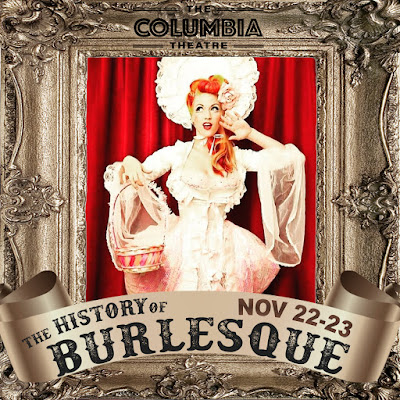 Melody Mangler is the current artistic director of Screaming Chicken Theatrical Society and a co-founder of the Vancouver International Burlesque Festival. Melody is a regular competitor at the The Burlesque Hall of Fame in the Queen category after her victory in the Best Debut category in 2009. Miss Mangler is a headline performer across the world, being featured in shows and festivals from Australia to New York and everywhere in between. This tattooed fireball incorporates dance, comedy and singing into a variety of stunning acts that range from classic striptease to dark Gorelesque to the downright silly. 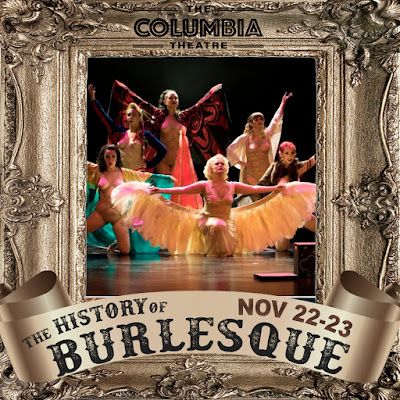 Founded in May 2016, Virago Nation is on a mission to reclaim Indigenous sexuality from the toxic effects of colonization. Through humour, seduction, pop culture and politics they will show that Indigenous women will not be confined to the colonial virgin-whore dichotomy but will design a new dynamic and multi-faceted sexual identity rooted in their own desires.

This is our reconciliation. 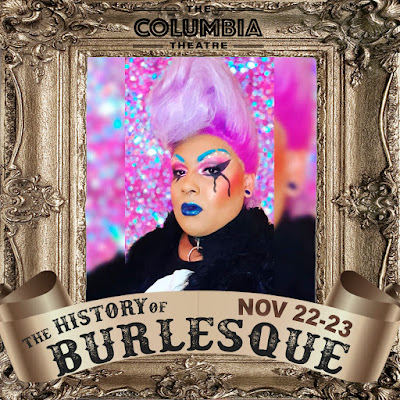 Vixen Von Flex is constantly fine tuning his craft and dazzling audiences around the world. A feature performer for both Reign City Cabaret and Man Up Vixen has performed on Cirque du Soleil's One Drop Masquerade, Real House Wives of Vancouver, Waking Up With The Wagners Las Vegas, as well as being featured on National Geographic and winning the grand prize on Zany or Zoink'd on YTV. Captivation and a stunning visual is what this performer is all about, using his body as a canvas and always putting on a spectacle. Vixen Von Flex will twist and bend his way straight to your hearts!